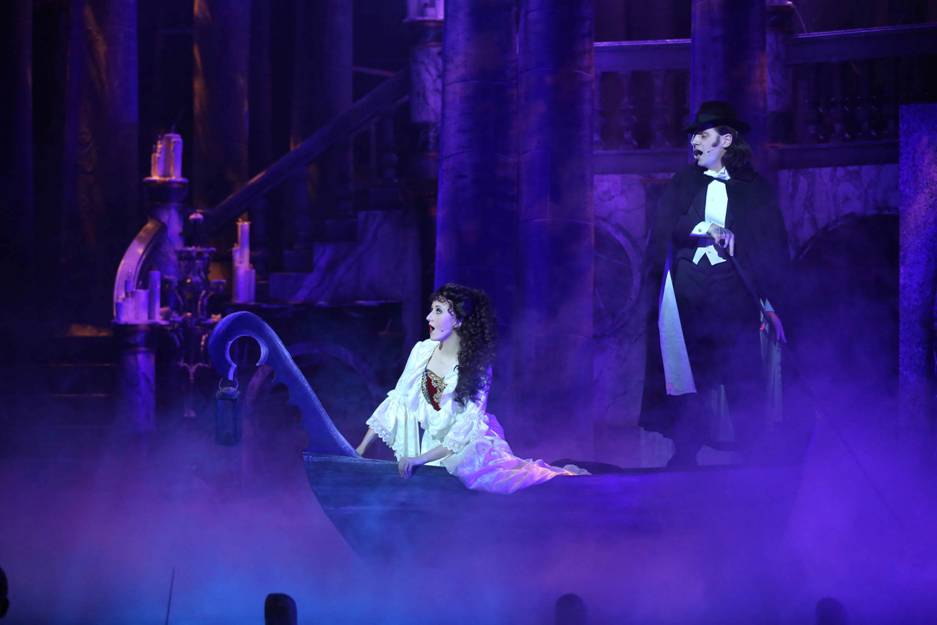 Phantom of the Opera gets the Taylorian Treatment

Probably one of the largest technical shows ever to grace the stage of the beautiful Gaiety Theatre in the Isle of Man, Phantom posed several unique issues.

Firstly, a trick heavy show needs many individual elements, and over 100 candles across the set, two way mirrors, 2 Glaciators to provide enough low smoke to cover the stage quickly, video projections for isolated effects, and a custom built 4 channel kabuki system were all source, built and installed by PSC Productions. 20 Magnets across the stage and fly floor controlled several of the ‘tricks’, and all the elements were specific to this box office smashing production.

However, you can’t do Phantom, without the Chandelier… and even in a venue where there are no flying points front of house, and where you cannot screw anything to the heritage protected venue, failure is not an option.

The brief – Fly the chandelier out from the front of stage, over the audience, and make it zig/zag across the auditorium until it reaches its show position… Oh, and make it crash down at the end of the first act over the top of the audience’s head landing just above…..We’d also like it to light up like a chandelier!

A bespoke weighted base and truss tower system was engineered and installed by PSC Productions, and with the help of two tracking big tow winches from Stage Technologies, under their control system the chandelier was able to swing out of the auditorium and safely track with a zero fail rate across the run of the show.

Dimming of the chandelier was via an RC2 Wireless 2 Channel DMX Dimmer, all installed onsite.